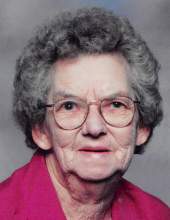 Adelaide A. Brager, 94, of Ventura passed away Tuesday, April 27, 2021 at Concord Care Center in Garner.

A memorial service will be held 10:00 A.M., Saturday, May 1, 2021 at St. John’s Lutheran Church east of Garner with Rev. Scott Kozisek officiating.  The service will be livestreamed on the Cataldo Funeral Home Facebook page.  Inurnment will be in the church cemetery.

Adelaide Anna Brager, the daughter of Carl and Minnie (Kracke) Schwisow, was born January 14, 1927 at Fairbury, Nebraska.  She graduated from Fairbury High School and then went on to receive her normal training teaching certificate.  Adelaide taught in a rural school near Daykin, Nebraska.  On September 22, 1946 she was married to Marvin Brager at Immanuel Lutheran Church in Daykin.  They farmed south of Ventura until 1964 when they moved to their farm north of Ventura.  Besides helping on the farm, Adelaide also worked at Redeemer Lutheran Church Day Care in Ventura for many years.  She enjoyed her family, gardening, baking, canning and hand work.

She was preceded in death by her parents; husband, Marvin; daughter, Barb (Christopher) Ward; and sister, Ruth (Edwin) Wessner
To order memorial trees or send flowers to the family in memory of Adelaide A. Brager, please visit our flower store.