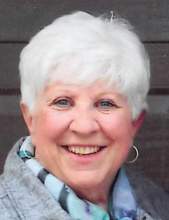 Funeral services will be held 10:30 A.M., Friday, August 30, 2019 at the United Methodist Church in Garner with Rev. Mike Shaffer officiating. Following the service her body will be cremated. Inurnment will be at a later date.

Visitation will be held from 4 to 7 P.M., Thursday at Cataldo Funeral Chapel, 160 E. 4th St., in Garner and will resume one hour prior to services at the church.

Memorials may be directed to the Cheryl Hanna Memorial Fund.

Cheryl Lynn Hanna, the daughter of Nicholas and Elizabeth (Lewis) Weaver, was born November 2, 1947 in Oak Park, Illinois. She grew up in Oak Park and graduated from high school in 1965. Cheryl continued her education at Wartburg College in Waverly where she received her bachelor’s degree in elementary education. She taught in Owatonna, MN for five years before moving to Garner. In February of 1976, she was married to Michael Hanna at the United Methodist Church in Forest City. To this union, a daughter, Kari, was born. They later divorced. Cheryl taught fourth grade in the Garner-Hayfield Community School District until her retirement in 2004. She also was the high school drama director for a few years She enjoyed attending her grandchildren’s school activities, music and her beloved pets, Magic and Sammy.

She was a member of the United Methodist Church, UMW and sang in the church choir. Cheryl also belonged to P.E.O and was active in Hancock County Little Theatre productions and choir.

She was preceded in death by her parents; cousin, Albert Lewis; and parents-in-law, Robert and Lois Hanna.
To order memorial trees or send flowers to the family in memory of Cheryl L. Hanna, please visit our flower store.