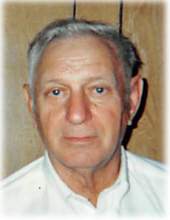 Funeral services will be held 10:30 A.M., Friday, January 15th at the United Methodist Church in Klemme with Rev. Michael Shaffer officiating. Burial will be in Concord Township Cemetery in Garner with military rites by the Garner Veterans Ceremonial Unit.

Memorials may be directed to the Klemme United Methodist Church or Hospice of North Iowa.

Clarence Schroeder, the son of Henry and Reka (Korte) Schroeder, was born November 3, 1924 on a farm north of Garner. He attended Garfield No. 5 country school and Garner High School. Clarence served his country in the U.S. Army during WW II in the European Theatre. Following his honorable discharge, he returned home and farmed west of Garner. On February 20, 1948 he married Alice Hall at Ellington Prairie Lutheran Church. They farmed near Garner, Clear Lake and Hutchins before moving to Long Beach, CA in 1956. Clarence worked at Mobil Oil in California for ten years as an operator for the hydrocracker unit. He then owned and operated a chicken ranch in Cypress until 1970 when he began making custom pool tables. He retired to Hemet, CA and in 1996 moved to Klemme. He enjoyed flying planes, going to Army Reunions for the Ozarks and helping relatives on the farm during harvest.

He was a member of the United Methodist Church in Klemme and the Garner VFW.

He was preceded in death by his parents; his wife, Alice, November 22, 2002; infant sister, Arlene Schroeder; sisters, Kathryn Wolff and Ruby Walters; and brothers, Henry, John, Frank, Alvin, Alfred, Raymond and Edward Schroeder.
To order memorial trees or send flowers to the family in memory of Clarence Schroeder, please visit our flower store.