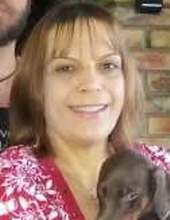 Per Colleen’s wishes her body was cremated.

In lieu of flowers, memorials may be directed to Colleen C. Brandt memorial fund in care of her family.

Colleen Caye Brandt was born August 7, 1964 in Osage Iowa, the daughter of Ralph and Debra (Poppe) Brandt. She moved to Winona, MN where she attended until the age of 13, she then moved back to Osage, Iowa and finished her education at Osage Community Schools.

She met her long time best friend Tom Foell and to this union they had two beautiful children, Zack and Courtney. Recently on her 51st birthday the family went to Winona, MN for a family picnic and also was able to see Garvin Heights and everyone had a wonderful time.
She enjoyed spending time with her family and friends and will be missed by all who knew and loved her.

She was preceded in death by her parents, Ralph Brandt and Debbie Poppe and also her grandparents.
To order memorial trees or send flowers to the family in memory of Colleen Caye Brandt, please visit our flower store.