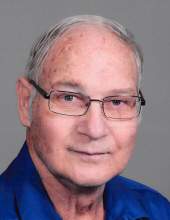 A visitation will be held from 5 to 7 P.M., Thursday at Cataldo Funeral Home in Britt and will resume one hour prior to services at the funeral home.

David Charles Peterson, the son of Emmanuel and Hazel (Boldt) Peterson, was born October 18, 1940 in Britt. He attended the rural schools of Hancock County until the fifth grade and graduated from Britt High School in 1960. In the fall of 1961, he attended a vocational school in Des Moines where he met his wife, Barbara Joyce. They were married at the United Methodist Church in Atlantic, Iowa on June 7, 1964. The couple made their home in Britt and David began working at Marting Manufacturing. In 1972, they moved to a farm in Marne, Iowa. While they were on the farm, they adopted their one-month-old daughter, Lisa Kay. In 1980, they returned to Britt and David continued working at Martings until he retired in 1995. In his retirement, David worked part-time for Mike Hejlik until 2002 when his health forced him to stop. He enjoyed playing cards, going for coffee and visiting with family and friends.

He was a faithful member of the Evangelical Free Church serving as an AWANA leader and usher for many years.

He was preceded in death by his parents; and his wife, Barbara in 1994.
To order memorial trees or send flowers to the family in memory of David C. Peterson, please visit our flower store.