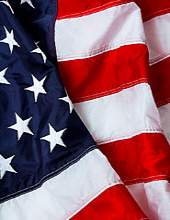 Funeral services will be held 10 A.M., Monday, October 12th at the United Methodist Church in Corwith with Rev. Dan Rogers officiating. Military rites will be conducted by the Corwith Veterans Ceremonial Unit. Burial will be 3:30 P.M., Monday at Sunnyhill Cemetery in Adair, Iowa.

Visitation will be held from 4 to 7 P.M., Sunday at the Cataldo Funeral Home in Britt and will continue one hour prior to services at the church.

Memorials may be directed to the Elmer Wilson Post 229 of the American Legion in Corwith.

Donald Elmer Hansmeier, the son of Edward and Luella (Bratt) Hansmeier, was born October 30, 1931 in Crystal Lake. He attended school in Crystal Lake. Don served his country in the U.S. Army during the Korean War. Following his honorable discharge, he returned to Crystal Lake. On September 21, 1957 he married Lois Darlene Nilges at the Crystal Lake United Methodist Church parsonage. They made their home in Corwith where they raised their two children. Don worked at Winnebago Industries in Forest City for many years as the field coordinator setting up fairgrounds in each state for their rallies. He also coordinated the Grand National Rally held each year in Forest City and trips to New Orleans during Mardi Gras. He enjoyed spending time with his family, especially his grandsons and great-grandchildren, playing cribbage, playing cards, tending to his vegetable garden, and listening to music of the Statler Brothers. Don also enjoyed listening to Christian and polka music and watching RFD and MASH on television.

He was a member of the American Legion.

He was preceded in death by his parents; step-mother, Jessie; brother, Keith Hansmeier; parents-in-law, Paul and Frances (Wortman) Nilges; and brothers-in-law, Dean and Dale Nilges.

The family of Don would like to extend special thanks to Jay and Nancy Gourley and Bob Williams for everything they have done to help Don.
To order memorial trees or send flowers to the family in memory of Donald E. Hansmeier, please visit our flower store.