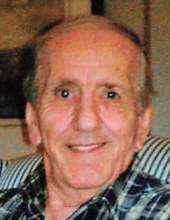 Funeral services will be held 11 A.M., Thursday, April 13th at the United Presbyterian Church in Garner with Rev. Justin Asche officiating. Military rites will be conducted by the Garner Veterans Ceremonial Unit. Burial will be at Mount Olivet Cemetery in Denver, Colorado at a later date.

Visitation will be held from 9 A.M. until service time at the church on Thursday.

Douglas Gordon Maley, the son of Lowell and Esther (Hand) Maley, was born February 23, 1937 at Sidney, Nebraska. He graduated from Garner High School in 1955. Doug served his country in the U.S. Army for 5 ½ years during the Korean Conflict. He was employed as a manufacturer representative for HVAC companies until his retirement. On June 9, 1981 he married Joan Sorel. They lived in Iowa, Denver, CO, Walnut Creek, CA and then returned to Denver. After Joan passed away in 2009, Doug moved to Garner. He enjoyed canvas painting and, in his younger years, riding horses.

He is a member of the United Presbyterian Church in Garner.

He was preceded in death by his parents; wife, Joan, Feb. 14, 2009; son, Doug in 2008; and two brothers, Dale and Dean Maley.
To send flowers to the family in memory of Douglas G. Maley, please visit our flower store.