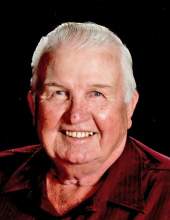 Mass of Christian Burial will be held 10:30 a.m., Tuesday, June 22, 2021 at St. Boniface Catholic Church in Garner with Rev. Fr. Andrew Marr officiating.  Burial will be at St. John’s Catholic Cemetery in Duncan.  The funeral mass will be livestreamed on the Cataldo Funeral Home Facebook page.

Visitation will be held from 4:00 to 7:00 p.m., Monday, June 21, 2021 at St. Boniface Catholic Church in Garner with a Scriptural wake service at 7:00 p.m.  Visitation will continue one hour prior to services at the church on Tuesday.

Duane Richard Leerar, the son of Herman and Lula (Jackson) Leerar, was born on December 26, 1940 in Woden, Iowa.  He attended the rural schools of Hancock County and graduated from Britt High School in 1960.  After high school, Duane was employed at Nebraska Foods-Milk Plant in Britt and also worked in road construction.  On November 30, 1963, he married the love of his life, Paulette Nedved, at St. Boniface Catholic Church in Garner.  They lived at Hutchins for a year before moving to the Nedved family farm south of Miller where he farmed all of his life until retirement.  Besides farming, he also worked at Winnebago Industries, Forester, Walnut Grove Feed, and Iowa Mold Tooling for 24 years until his retirement in 2002.  During retirement, he enjoyed driving cars for Ollenburg Motors in Garner.  Duane loved spending time with his family, farming, traveling, and socializing.  Furthermore, he looked forward to his morning coffee at Ollenburg Motors, and he also enjoyed driving his red Chevy truck and checking the crops in the countryside.  Duane will always be fondly remembered by his family for leaving a lasting impression with everyone he knew and met.

He was a member of St. Boniface Catholic Church.