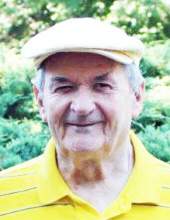 
Egon Edward Weaver, the son of Emory and Violet (Schaefer) Weaver, was born October 26, 1937, in Mason City. He graduated from Garner High School in 1955. Egon served his country in the U.S. Navy from July of 1956 to July of 1960. While serving he became proficient in hand-to-hand combat and taught Jiu Jitsu, Karate and Akido to civilians and law enforcement. He retired from teaching civilians in 1977. He and his family were always proud of his service to his country. On September 3, 1960, he married Elaine Jurgemeyer at St. Paul Lutheran Church in Garner. They lived in Garner, Mason City, Watertown, SD, and in 1968 moved to Boone. Egon retired from AT &T as an electronic technician in 1992. After retiring, he spent his time with his passions: his wife and family, friends, flying, sailing and woodworking. Egon was always teaching and used his nautical skills to teach celestial navigation. In 1991, he and his son, Kent helped position the sun dial located in Pella, Iowa to its true north position.

He was preceded in death by his parents; wife, Elaine; sister, Candice Ruppert; and brother-in-law, Vernon Jurgemeyer.

Egon will be remembered for his joy in teaching and sharing with others, his sense of humor, and for the love and kindness he gave to all.

To send flowers to the family in memory of Egon E. Weaver, please visit our flower store.