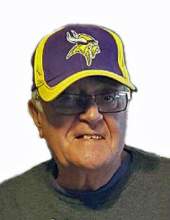 Funeral services will be held 11:30 A.M., Thursday, March 9th at the Cataldo Funeral Chapel, 160 E. 4th St. in Garner with Rev. Paul Evans officiating. Burial will be at Concord Township Cemetery in Garner.

Visitation will be held one hour prior to services at the funeral chapel on Thursday.

Elling Lee Schisel, the son of John and Galya (Walkner) Schisel, was born August 4th, 1938 in Garner. He attended his early school years in Garner, Iowa. He later finished school attending country school in Bricelyn, Minnesota after moving to live with his mother’s twin sister, Gladys Aske and uncle, Elling Lee Aske. He served in the National Guard and worked at Elmore Concrete in Elmore, Minnesota. Elling Lee also worked at the Bricelyn Sweet Corn Canning Factory for eight years. He later enjoyed farming as a hired hand for Gary Hove in Bricelyn, Minnesota. Five years ago, Elling Lee moved to Troy Mills, Iowa to be closer to his daughters and grandchildren. He enjoyed watching his grandsons play sports, helping his son-in-law, Kyle Betenbender, farm and he was the number one fan of the Deere Hunter Pulling Team. He also loved to watch sports, especially his Minnesota Vikings.

He was preceded in death by his daughter, Jodi Schisel; granddaughter, Morgan Betenbender; his parents; his aunt and uncle, Gladys and Elling Lee Aske; brother, Jack Schisel; and sister, Mavis Peterson.
To order memorial trees or send flowers to the family in memory of Elling Lee Schisel, please visit our flower store.