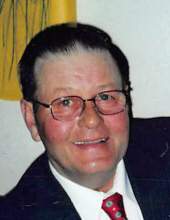 Visitation will be held from 5 to 7 P.M., Wednesday, October 30th at Cataldo Schott Funeral Home in Forest City and will continue one hour prior to services at the chapel.

Memorials may be directed to Ellington Township Cemetery Fund or MercyOne Hospice of North Iowa.

Gordon LeRoy Johnson, the son of Ernest and Betty (Bernham) Johnson, was born July 10, 1943 in Forest City. He grew up on the family farm north of Ventura and graduated from Ventura High School in 1961. Gordon continued his education at Waldorf College in Forest City. On May 10, 1964 he married Susan Larson at St. Olaf Lutheran Church in Bode, Iowa. They lived in Cedar Rapids and Mount Vernon until 1973, when they moved back to the family farm north of Ventura. Gordon was employed as a journeyman lineman with Iowa Electric (now Alliant Energy) until his retirement in 2006. He enjoyed his annual fishing trips to Canada for the past 40 years, hunting and spending time with his family.

He was a trustee for Ellington Township for many years, Vice-Chairman of his church for several years, a volunteer fireman, lifetime member of the IBEW and a past member of the Jaycees.

He was preceded in death by his parents; and three brothers-in-law, Ray Miller, Chuck McEldoon and Richard Opheim. Cataldo Schott Funeral Home 641-585-2685 www.cataldofuneralhome.com
To order memorial trees or send flowers to the family in memory of Gordon L. Johnson, please visit our flower store.