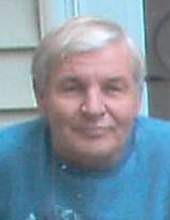 Interment will be held in the Madison Township Cemetery in Forest City.

In lieu of flowers, memorials may be directed to the Harvey Hallett memorial fund in care of the family.

Harvey S. Hallett was born on February 21, 1947, the son of Stanley and Frances (Haugland) Hallett. He attended Forest City Schools graduating in 1965; he received an award for having perfect attendance for his four years of high school.
Harvey worked in the Air Condition/Refrigeration business in Iowa Falls, IA before moving to Tyler, Texas where he worked for Johnson Controls and Foam Products. He moved to Crystal Lake in 2000 where he currently was residing.

Harvey loved everything golf, playing cards with his Crystal Lake American Legion buddies and spending time with his family and friends. He will be dearly missed by all who knew and loved him.

He is survived by his two daughters, Heather (Shannon) Hooker and Kendra Hallett and grandson, Taylor Sammons all of Texas; mother, Frances Hallett of Forest City; siblings, Carolyn Nedved and husband Cletus of Fertile and Wray Hallett and wife Thresea of Forest City and many nieces and nephews.

He was preceded in death by his father, Stanley and his grandparents.
To order memorial trees or send flowers to the family in memory of Harvey S Hallett, please visit our flower store.