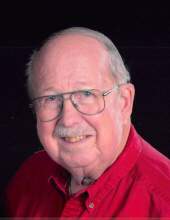 A private family funeral services will be held 10:30 A.M., Saturday, November 14, 2020 at Zion Evangelical and Reformed Church in Garner with Rev. Brian Lund officiating. Burial will be held at 2:00 P.M., Saturday at Pleasant Hill Cemetery in Aurelia, Iowa.

Howard Clair Parrott, the son of Clair and Ruby (Frank) Parrott, was born July 31, 1942 in Cherokee, Iowa. He graduated from Aurelia High School in 1960 and continued his education at NBT Business College in Sioux City. He later did post graduate studies at the University of Wisconsin and University of Nebraska for city government. On September 2, 1962 he married Marlene Schipper at Bethlehem Lutheran Church in Cherokee. They lived in several cities in Iowa, Nebraska and Kansas where Howard was employed as a city manager. In 1998, they moved to Garner and Howard served as city manager until his retirement in 2005. In their retirement, Howard and Marlene wintered in Florence, AZ for ten years. Howard was very proud to leave each town he worked in better than what it was when he arrived. He enjoyed reading, woodworking, collecting toys, playing cards and especially following his grandchildren’s many athletic, academic and musical activities over the years.

He was a member of Zion Evangelical and Reformed Church and the Masonic Lodge.

He was preceded in death by his parents; brother, Jim Parrott; and sister, Gwen Mullinix.
To order memorial trees or send flowers to the family in memory of Howard C. Parrott, please visit our flower store.