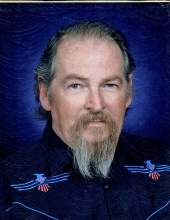 A memorial service will be held 10:30 A.M., Monday, March 8, 2021 at the United Methodist Church in Garner with Rev. David Peterson officiating. Inurnment will be at Concord Township Cemetery in Garner.

Memorials may be directed to the Shriner’s Healthcare for Children – Twin Cities, 215 Radio Dr., Woodbury, MN 55125.

Jack Duane Brown, the son of Jim and Lois (Rice) Brown, was born January 7, 1943 at Ida Grove, IA. He graduated from Ida Grove High School in 1961 and continued his education at a business school in Omaha, NE where he met his wife, Pearl Sweem. They were married on October 27, 1962 at the United Methodist Church in Ida Grove. They lived in Bedford, IA, Nevada, IA and Northwood, IA before moving to Garner in 2005. Jack was employed as an abstractor for over 40 years until his retirement in 2005. During their retirement, Jack and Pearl wintered in Texas for eight years. He enjoyed his family, square dancing and traveling, especially, trips to Norway, Hawaii and the Bahamas.

He was a member of the United Methodist Church in Garner, North Iowa Antique Car Club, the Garner and Northwood Masonic Lodges and the Osman Shrine in Albert Lea, MN.

He was preceded in death by his parents; a sister, Roberta Stewart; and a sister-in-law, Pamela Taylor.
To order memorial trees or send flowers to the family in memory of Jack D. Brown, please visit our flower store.