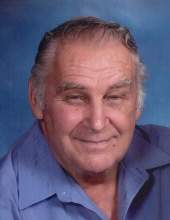 Celebration of Life services will be held on Saturday, December 7, 2019 from 3 to 7 p.m. at the Crystal Lake Fire Station.

James LeRoy Kirschbaum was born in rural Garner to Raymond and Lucille (Gelner) Kirschbaum on June 15, 1940. He grew up on the family farm southeast of Crystal Lake. He attended country school before attending Crystal Lake High School, graduating with the class of 1958. After High School, he then enlisted in the U.S. Navy in which he served on a Fleet Ocean Tug, which allowed him to see the world.

On November 1, 1963, he married the love of his life Janice Nelson in Forest City. To this union, 3 children were born; Steven, Sara and Shari.

After the Navy, Jim was employed at Forester Travel Trailers of Forest City and Sorenson Hardware in Crystal Lake. In 1964, Jim along with his father Raymond and brother Robert, started K & K Service. Then in 1974, Jim took over the business and changed the name to Jim’s Electric, Heating and Plumbing, which he operated until the time of his passing.
Jim was a huge presence in the community in which he lived. He proudly served the City of Crystal Lake as a volunteer fireman for 36 years and several terms as a City Councilman. He even served a brief stint as mayor before retiring from city service. Jim also was a member of the Crystal Lake American Legion Post 409 and the Crystal Lake Jaycees.

Jim enjoyed his annual fishing trips to Canada, spending time with his family and watching westerns.

Jim was preceded in death by his parents; brothers, Bob, Bill, and Les; sister-in-law, Beverly Kirschbaum and his mother and father-in-law, LeRoy and Myrtle Nelson.

In lieu of flowers, memorials may be directed to the James Kirschbaum memorial fund in care of the family.
To order memorial trees or send flowers to the family in memory of James "Jim" LeRoy Kirschbaum, please visit our flower store.