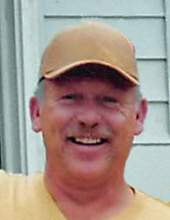 A memorial mass will be held 10:30 A.M., Saturday, October 27th at St. Boniface Catholic Church in Garner with Fr. Paul Lippstock officiating. Inurnment will be at St. Boniface Cemetery with military rites by the Garner Veterans Ceremonial Unit.

A memorial visitation will be held from 5 to 7 P.M., Friday at St. Boniface Catholic Church in Garner with a Scriptural wake service at 4:30 P.M.

In lieu of flowers, memorials may be directed to the John Mattis Memorial Fund.

John Gordon Mattis, the son of John T. and Catherine (Dennis) Mattis, was born November 2, 1951 in Mason City. He graduated from Garner-Hayfield High School in 1970. John was very athletic and participated in all sports in high school excelling in football and track. As a youth, he achieved second place in the National Punt, Pass and Kick Competition. He attended Iowa State University where he played football as a walk-on. On November 15, 1973 he enlisted in the United States Air Force. John was stationed at Lackland AFB, Texas, Kessler AFB in Mississippi, RAF Crought, England and Volkel AFB, Netherlands where he met his wife, Yvonne Van Dam. John was released from active duty at Camp New Amsterdam, the Netherlands on November 14, 1978 achieving the rank of Sergeant. He served in AF Maintenance Management and Data Collection Systems and later Radio Relay Equipment Repair. John and Yvonne returned to Iowa and were married on January 20, 1979 at St. Boniface Catholic Church in Garner. They made their home in Duncan. John returned to college attending NIACC in Mason City for two years. During this time, he worked at Winnebago and E.F. Johnsons. In 1983, he reentered the Air Force and moved to Fairchild AFB in Spokane, WA. He then was transferred to Ramstein AFB in Germany for 12 years before moving back to the U.S. He finished his military career at Grand Forks AFB in North Dakota where he was a missile facility manager for 5 years, 10 months. He retired from the military as a TSGT on January 31, 1998 after twenty years of service to his country. John and Yvonne then returned to Garner. He was employed at IMT Trucking, Waldorf College, Johnson Trucking, Stellar Industries and Winnebago until his retirement. He enjoyed riding his Harley Davidson motorcycle, fishing, hunting, traveling and attending sporting events of his family. John was a handy man and was always there to help family and friends on projects.

He was a member of St. Boniface Catholic Church and the Garner American Legion.

He was preceded in death by his wife, Yvonne in 2006; his parents; and mother-in-law, Tini Voskamp Adamo.
To send flowers to the family in memory of John G. Mattis, please visit our flower store.