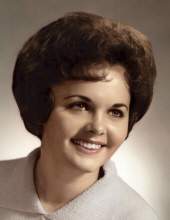 Per her wishes, she was cremated. No services are planned at this time.

Joyce Janine Birch, the daughter of Edward and Eleanor (Irving) Brozik, was born February 12, 1944 in Garner. She attended Garner-Hayfield High School and graduated from La James College of Hairstyling in Mason City. On August 8, 1966 she was married to Gary Birch in Sioux Falls, South Dakota. They lived in Washburn, Iowa before moving to Duncan in 1971. In 1973, they moved to their home in Garner where Joyce operated her own beauty shop, Joyce’s Beauty Salon, until retiring in 2014. After her father passed away in 1997, she took care of her mother until her passing in 2014. Joyce was incredibly gifted in arts and crafts. She and Gary enjoyed square dancing in Des Moines, bowling, attending corvette cars shows in Indiana and trips to Las Vegas, Hawaii and California. She will be remembered for her sharp mind, quick wit and love for animals.

In her earlier years, she attended and taught Sunday school at the United Presbyterian Church in Garner.

She was preceded in death by her parents; and two brothers-in-law, Clarence Torkelson and Larry Cutshall.
To send flowers to the family in memory of Joyce J. Birch, please visit our flower store.