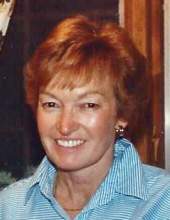 Funeral services will be held 2:00 P.M., Saturday, April 17, 2021 at St. John’s Lutheran Church east of Garner with Rev. Scott Kozisek officiating. The service  will be livestreamed on the Cataldo Funeral Home Facebook page. Burial will be in the church cemetery.

Memorials may be directed to St. John’s Lutheran Church.

Karen Rae Boehnke, the daughter of Herman and Dorothy (Hood) Legler, was born September 14, 1937 in Mason City.  She graduated from Mason City High School in 1955.  On March 1, 1969 she was married to Robert Boehnke at Bethlehem Lutheran Church in Mason City.  They lived on a farm northeast of Garner where they farmed and raised their daughter, Laurie.  Karen also owned and operated a beauty shop in Mason City for several years.  In 1990 they moved to Clear Lake.  Karen and Robert loved traveling together especially trips to Leavenworth, Washington, and spending part of their winters in Fort Myers, Florida.  Karen enjoyed many weekend trips to Harris, MN to visit Laurie, Randy and the kids.

She was an active member of St. John’s Lutheran Church.

She was preceded in death by her parents; husband, Robert, April 9, 2012; sister, Dixie Bauck; and nephew, Kim Terlisner.
To order memorial trees or send flowers to the family in memory of Karen R. Boehnke, please visit our flower store.