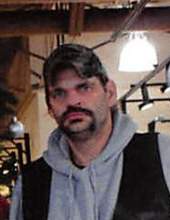 There will be no services. His body was cremated.

Kenneth Edward Crowder, the son of William and Marlene (Braunschweig) Crowder, was born October 11, 1968 in Oconto, Wisconsin. He attended school in Abrams, Wisconsin.

He is survived by his siblings, Rebecca (Scott) Hejna of Garner, Kimberly Crowder of Wisconsin and Scott (Jennifer) Braunschweig of Minnesota; and several nieces, nephews and cousins.

Kenneth was preceded in death by his parents.
To order memorial trees or send flowers to the family in memory of Kenneth E. Crowder, please visit our flower store.