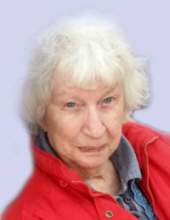 Private graveside service will be held at a later date in Oakland Cemetery in Forest City.

There will be no visitation. Cataldo Funeral Home in Garner is in charge of arrangements.

Margie Ann Brandl, the daughter of Clyde and Jennie (Smith) Fox, was born February 8, 1925 in Forest City. She attended Landru country school near her home and graduated from Forest City High School in 1943. She was married to Floyd Sweet in 1945. To this union three children were born Stephen, Dean and Jeanie. In 1957, she was married to Alton Brandl. To this union a daughter, Susan, was born. Margie worked in Omaha for a year as a waitress, Bergo’s in Mason City for three years in the stock room and Damon’s in Mason City for fourteen years in the fabric department. In her younger years, she enjoyed horseback riding, roller skating, dancing and, in her later years, traveling, casinos, horse racing, baking, crafts and quilting. She loved spending time with her grandchildren, great grandchildren and hanging out with her Trio Quilt Girls, Judy, Bobbi and Susan. Margie also enjoyed her neighborhood kids, young and old, for all of their help and visits. Her favorite color was blue and favorite singer was Elvis Presley.

She was preceded in death by her parents; husband, Alton; son, Stephen Sweet; and three brothers, Kay Fox, Earl “Toad” Fox and Chick Fox.
To order memorial trees or send flowers to the family in memory of Margie A. Brandl, please visit our flower store.