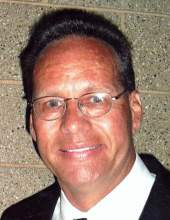 Funeral services will be held at 2 p.m. Sunday, April 10, 2016, at Immanuel Reformed United Church of Christ in Klemme, Iowa, with Pastor Donna J. Buckman officiating. Burial will be in Ell Township Cemetery in Klemme.

Visitation will be held from 2-4 p.m. Saturday at Ankeny Funeral Home, 1510 West 1st Street, Ankeny, Iowa, and will resume at the church on Sunday one hour prior to services.

Condolences may be sent online to www.ryanfunerals.com.

Born November 5, 1956, in Mason City, Iowa, Mark Samuel Alan Christians was the son of Duane and Iona (Wernet) Christians. He grew up in the Klemme area and graduated from Klemme High School in 1975. He then attended Hawkeye Tech in Waterloo for two years. Mark worked as a tool and die maker at John Deere Des Moines Works in Ankeny for 26 years. He was a member of the International Association of Machinists and Aerospace Workers (IAM).
On April 15, 2010, he was married to Beth Livingston in Des Moines. Mark enjoyed watching Iowa Hawkeye sports, playing guitar, driving his Corvette, and riding his motorcycle. He had a special place in his heart for his grandchildren, who were certain to put a smile on his face.

He was preceded in death by his father, Duane; and two brothers, Randy and Chuck.
Ryan Funeral Home of Nevada and Cataldo Funeral Home in Garner has been entrusted with the care of Mark and his family.
To order memorial trees or send flowers to the family in memory of Mark Christians, please visit our flower store.