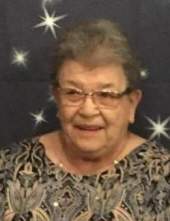 Murrill M. Adams, 79, of Forest City, Iowa passed away surrounded by her family on Sunday, February 9, 2020 at the Clarion Wellness and Rehab Center in Clarion, Iowa.

Burial will be held in the Oakland Cemetery in Forest City.

Murrill Marie (Grisham) Adams was born on November 24, 1940 in Rose Creek, Missouri to Gordon and Cathryn “Maxine” (Beeler) Grisham. The family moved to Iowa when Murrill was very young. She graduated from Cylinder High School in 1960. She attended St. James Beauty School in Mason City where she met her future husband at a dance. Murrill married Richard Harold Adams of Buffalo Center, Iowa on July 21, 1961. The couple moved to Forest City where they raised four children. Murrill worked various jobs before retiring from Winnebago in 2007. She enjoyed spending time with friends and family.

She was preceded in death by her parents and her husband, Richard Adams
To order memorial trees or send flowers to the family in memory of Murrill M. Adams, please visit our flower store.