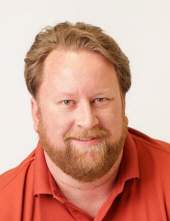 A celebration of life service will be held 10:30 A.M., Tuesday, April 23, 2019 at Immanuel Lutheran Church in Forest City with Rev. Rod Hopp officiating. Inurnment will be at Madison Township Cemetery south of Forest City.

A memorial visitation will be held from 4 to 7 P.M., Monday, April 22nd at Cataldo Schott Funeral Home, 505 N. Clark St., in Forest City.

Memorials may be directed to the family or Immanuel Lutheran Church.

Nicholas Emil Damm, the son of Michael and Julie (Sampson) Damm, was born April 29, 1981 in Edina, Minnesota. He was baptized on June 28, 1981 and confirmed on June 2, 1996. Nick attended Forest City Community Schools and graduated from Forest City High School in 1999. One of the great joys of his life in high school was playing linebacker on the football team and being selected to the All State Academic team. He continued his education at Simpson College in Indianola where he played football for two years and graduated with a computer science and math degree along with a minor in history. He then completed two years towards his master’s degree in computer science at Iowa State University in Ames, IA. In 2005, he began working as a software engineer at TeamQuest in Clear Lake, IA, now HelpSystems, and in 2009 moved to Clear Lake. He always said he played games for a living as to him being a programmer was a game! Nick’s pride and joy was his black Lab, Aladdin. Their favorite past time was going to the dog park in Clear Lake. He enjoyed strategy games with his brother and friends and going to Iowa State football games. Nick also loved to travel, preferably to a destination with a beach.

He was a member of Immanuel Lutheran Church where he served on the church council and taught Sunday school.

He was preceded in death by his paternal grandparents, Emil and Viola Damm; and great aunt, Eva Damm.
To order memorial trees or send flowers to the family in memory of Nicholas "Nick" Emil Damm, please visit our flower store.