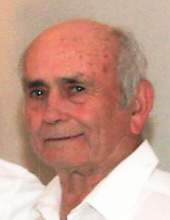 A graveside service will be held 11 a.m., Wednesday, September 29, 2021 at Memorial Park Cemetery in Mason City with Staci Andrea officiating.  There will be no visitation.

Perry Franklin Nelson, the son of Perry Franklin Sr. and Sarah (Ray) Nelson, was born October 23, 1931 at What Cheer, Iowa.  He graduated from What Cheer High School. On November 19, 1949 he married Vanna Meyer at Sigourney, Iowa.  In the early stages of their marriage, they traveled extensively throughout the country in California, Kansas and Iowa as Perry was a supervisor for a major aggregate processing corporation.  In 1965, they settled in Clear Lake where they raised their three children, Peggy, Terry and Debra. Perry was employed at Martin Marietta Aggregates in Clear Lake.  Upon his retirement they fulfilled their dream of living on their own acreage near Hanlontown.  Perry enjoyed fishing with his grandchildren who will miss him greatly, helping friends and family whenever needed and his dog.

He was preceded in death by his parents; wife, Vanna, November 28, 2020; daughter, Peggy; brothers, Francis, Edward, Marion, Grant and Lawrence; and sister, Annis.
To order memorial trees or send flowers to the family in memory of Perry F. Nelson, please visit our flower store.