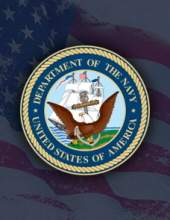 A memorial service will be held 6 P.M., Wednesday, February 7th at the Cataldo Funeral Home in Britt with Fr. Jim Dubert officiating. Visitation will be held one hour prior to the service at the funeral home.

Raymond Paul Donat, Jr., the son of Raymond and Mary (Ogle) Donat, was born March 19, 1968 in Norwich, CT. Ray graduated from St. Bernard’s Catholic High School in Montville, CT in 1986. He served his country in the U.S. Navy aboard the USS John Kennedy for four years. Following his honorable discharge, he returned home to Connecticut and later moved to the Britt area settling in Kanawha. Ray was employed at Monson and Sons in Britt and most recently at Global Processing near Kanawha.