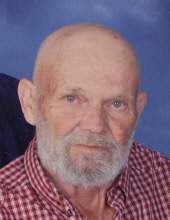 Funeral services will be held 10:30 A.M., Friday at St. Paul Lutheran Church in Garner with Rev. Scott Kozisek officiating. Burial will be at Concord Township Cemetery in Garner.

Visitation will be held from 5 to 7 P.M., Thursday at the Cataldo Funeral Chapel, 160 E. 4th St., in Garner and will resume one hour prior to services at the church. Cataldo Funeral Home of Garner is in charge of arrangements.

Richard Eugene Schreiber, the son of Henry and Mae (Ennen) Schreiber, was born September 13, 1948 in Britt. He attended Kanawha Community Schools. Richard worked at Winnebago Industries in Forest City and Farmer’s Cooperative Society in Garner. On January 13, 1968, he married Elaine Schlicht at the United Methodist Church in Garner. They lived all of their married life in Garner where they raised their two sons. Richard also drove semi for Cenex, Norseman Trucking in Lake Mills and Foodline where he retired from at the age of 62. In his retirement, he drove semi for Phil Dornbier Trucking. Richard enjoyed his grandchildren, going to car shows and having coffee in the morning at various places in town.

He was a member of St. Paul Lutheran Church where he served as a trustee.

He was preceded in death by his parents; and two sisters, Judy (Jim) Ritter and Gloria Riekens.
To order memorial trees or send flowers to the family in memory of Richard E. Schreiber, please visit our flower store.