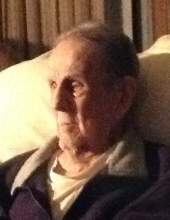 Celebration of Christian Wake Service will be held 7:00 P.M. on Thursday, December 22, 2016 at St. James Catholic Church in Forest City with Rev. Paul Lippstock presiding. Fellowship will follow in the Parish Hall.

Graveside services will be held at a later date at a Veterans Cemetery.

In lieu of flowers, memorials may be directed to the Richard W. Anderson memorial fund in care of the family.

Richard Wayne Anderson lived a full life of 89 years. He was born in Ottumwa, IA on November 7, 1927 and grew up in Kensington, MN and Forest City, IA. A veteran, he retired as a Tech Sargent from the United States Air Force in 1970 after serving for almost 22 years. His final assignment was in the Philippines, where he met his future wife, Zosima (Josie) Anderson. They were married November 20, 1969. He returned with his family to the United States in 1979 and reunited with his parents, Ernest Al Anderson and Grace Holland Anderson, both Forest City residents, who have preceded him in death.

He is survived by his wife, Josie of 47 years and his adopted son, Quiliano Anderson.

Richard was a faithful, generous and loving husband, a good father and a good Christian with a big heart.
To order memorial trees or send flowers to the family in memory of Richard Wayne Anderson, please visit our flower store.