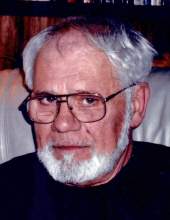 At his request, cremation has taken place and no services are planned at this time.

Ronald Lee Frayne, the son of Maurice and Mildred (Lange) Frayne, was born November 9, 1937 in Iowa Falls, Iowa. He attended school at Williams, Iowa. Ron served his country in the U.S. Air Force until his honorable discharge. He lived in Williams where he drove truck. On May 3, 1974 he married Patricia Munden at Fort Pierre, South Dakota. They lived in Webster City until 1986 when they moved to Garner. Ron most recently drove truck for Hueneman Trucking until his retirement in 2018.

He was preceded in death by his parents; a brother, Robert Frayne, and a brother-in-law, Rollie Wierda.
To order memorial trees or send flowers to the family in memory of Ronald L. Frayne, please visit our flower store.