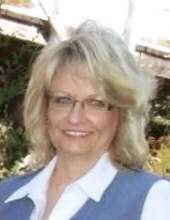 Funeral services will be held 10:30 A.M., Friday, August 21, 2020 at St. Paul Lutheran Church in Garner with Rev. Scott Kozisek officiating. Burial will be at Concord Township Cemetery in Garner.

Visitation will be held from 5 to 7 P.M., Thursday at the Cataldo Funeral Chapel, 160 E. 4th St., Garner and will resume one hour prior to services at the church. Masks are encouraged and social distancing guidelines will be followed.

Sheryll Lea Denney, the daughter of the late Donald and Dorothy (Zeman) Spiess, was born on December 22, 1950 in Britt, Iowa. She graduated from Britt High School in 1969 and worked at Winnebago Industries. Sheryll lived in Woden where she raised her two sons, Lance and Jason. She worked as head cook for the Woden-Crystal Lake Community Schools. On August 11, 1988, Sheryll was married to Roger Denney, and from this marriage she gained a stepson, Brian. They lived in Garner all of their married life. Sheryll was employed at several Co-ops in north central Iowa including ones in Woden and Garner. She went on to retire from Green Plains Ethanol Plant in 2017 as a grain merchandiser. She was very passionate about her work, but first and foremost was a dedicated mother. She loved her family and instilled in her sons strong values that have served them well. She treasured her grandchildren and embraced every moment with them. She especially loved her role as grandma to Ty and Trever, Garrett, Mattie, Dottie and Ellie. She will be dearly missed and forever in their hearts. She was a strong, independent woman who had the most beautiful smile. She was a member of St. Paul Lutheran Church.

Sheryll is survived by her husband, Roger of Garner; two sons, Lance (Buffy) Gardner of Garner and Jason (Ivy) Gardner of Woden; a stepson, Brian Denney of Waterloo; grandchildren, Ty and Trever Gardner and Garrett, Mattie, Dottie and Ellie Gardner; and her beloved dog, Casey.

She was preceded in death by her parents; a brother, Terry Spiess, and a grandson, Billy Gardner.
To order memorial trees or send flowers to the family in memory of Sheryll L. Denney, please visit our flower store.