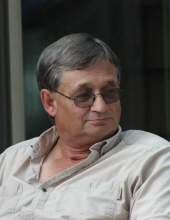 Celebration of Life gathering of family and friends will be held from 5:00 – 7:00 P.M. Friday, December 30, 2016 at Cataldo Schott Funeral Chapel, 505 North Clark St. Forest City, Iowa. Upon his wishes he was cremated and there will be no visitation.

In lieu of flowers, memorials may be directed to the Terry L. Krein memorial fund in care of the family.

Burial of cremains will be held at a later date in Madison Township Cemetery in Forest City.

Terry spent his early years in the Bismark ND area, which he often spoke so fondly of. The family moved to Iowa in 1968 where Terry started work at Winnebago Industries. After 42 years of service Terry retired from Stichcraft.

Terry enjoyed tinkering around in his garage keeping busy helping his children, siblings and friends with various projects. Terry was very talented in many ways. He spent a lot of time doing auto upholstery. Every car he worked on won best of show for interior. He liked watching NASCAR; he was an avid Dale Earnhardt fan back in the day. He also enjoyed fishing and just hanging out with his best friend and brother, Rick Krein, unless of course when politics were brought up. Terry was known for his ability to fix anything and everything; you could say he was a bit of a perfectionist.

Terry was so very proud of his children and grandchildren, his grandchildren were the light of his life. He adored them tremendously. Terry was an amazing father, grandfather, son, brother, uncle and friend. He will be dearly missed by all who knew and loved him.

He was preceded in death by his father, Ed Krein; brothers, Roger Krein, Johnny Krein and Michael Krein.
To order memorial trees or send flowers to the family in memory of Terry Leroy Krein, please visit our flower store.