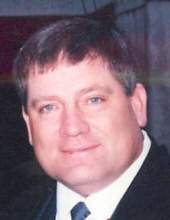 Timothy Jay Nelson, 61, of Forest City, returned to his heavenly home on Saturday, November 25, 2017 after a courageous battle with blood cancer and bone marrow transplant. He was surrounded by his family at home. His devotion to his community, family, and friends, along with his strong faith in Christ Jesus supported him in his struggle and ultimately gave him peace.

Interment will be in Madison Township Cemetery in Forest City.

Believing God gave him a skill and heart for service, Tim worked for Tri-County Plumbing and Heating, and subcontracted many years under Phil Hanson of Hanson Hardware before establishing his own business, Nelson Plumbing, Heating and Electrical, in the late 1970s. Today, Deb and his sons continue his passion for serving the Forest City area. Tim also served his community on the Forest City Police Dept. as a reserve officer for several years and as a North Iowa underwater search and recovery diver.

Bringing Tim his greatest joy was spending time with his family and friends, especially his granddaughters and their weekly “papa donuts” breakfasts with the guys' coffee group. He also enjoyed hunting, being outdoors, bass fishing and motorcycling with family. He prided himself in taking on difficulties in both business and personal challenges. This was reflected in his deep faith and integrity. He viewed his work as a calling to further the gospel through friendship and authenticity. Tim also served in various capacities in his church. He will be dearly missed by all who knew and loved him.

He was preceded in death by his parents and grandparents; nephew, Ryan Bode and niece, Heather Nelson.

Tim and the Nelson family want to make special note of deepest gratitude to “Be the Match” and Tim's 25 yr. old anonymous stem cell donor. His lavish and selfless gift allowed our family extended time to cherish moments with Tim.
To order memorial trees or send flowers to the family in memory of Timothy Jay Nelson, please visit our flower store.