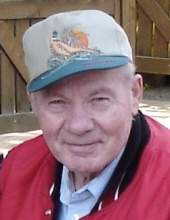 Wilhelm Jurn Akkermann was born to Albert and Trintje (Hilger) Akkermann on June 11, 1937 in Greetsiel, Germany. He passed away on December 31st at 7:24 a.m. at the Muse Norris Hospice Inpatient Unit in Mason City, Iowa after a brief battle with cancer.

He was the second of four children. As a child he was raised in extremely difficult conditions during World War II. He LOVED soccer and was the captain of his team. He was educated in construction and bricklaying.
On January 8, 1955 he embarked from Bremerhaven, Germany on the S.S. AMERICA and arrived at the Port of New York on January 17, 1955. At that time, he went to live and help his dad’s sister and husband, Aunt Theda and Uncle Fred Van Gerpen on a farm near Buffalo Center, Iowa.

On March 14, 1958 he was married to Ruth (Tiedens) Akkermann. To this union were born five children. Juern (Helen) Akkermann, Joe (Pam) Akkermann, Susan (Dennis) Kearney, Theda (Scott) Wistrik, Linda (Don) Cooper.
Wilhelm worked in many places throughout the years. One of which was at Winnebago Industries in the maintenance department. In 2008, he was able to travel to Germany to see his family there one last time. As an adult he asked Jesus Christ to be his Savior.

He loved rock candy in his tea, red cabbage, windmill cookies, and calls from his sister Almuth, who lived in Germany. He cherished her! He enjoyed making homemade ice cream at Christmas. He always wanted to be on time and usually was very early wherever he went.

He will be greatly missed by Ruth Akkermann, his five children and their spouses. He has twenty grandchildren and twenty-three great-grandchildren, of which there are three sets of twins. He is also survived by his sister, Almuth Baumann; a brother, Jurgen (Helga) Akkermann, and his in-laws, Waltraut Akkermann, Stella Boomgarden, Kenny and Margaret Irons, David and Mary Tiedens, Roger and Bev Jutting, Howard and Birdene Jutting, Jerry and Janet Jutting, and many nieces and nephews.
To order memorial trees or send flowers to the family in memory of Wilhelm Jurn Akkermann, please visit our flower store.