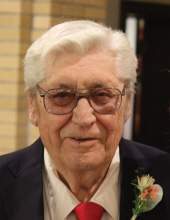 William D. “Bill” Reece, 78, of Garner passed away Wednesday, July 14, 2021 at MercyOne North Iowa Hospice in Mason City with his family at his side.

Funeral services will be held 10:30 a.m., Tuesday, July 20, 2021 at the United Methodist Church in Garner with Rev. Michael Shaffer officiating.  Burial will be at St. John’s Catholic Cemetery in Duncan with military rites by the Garner Veterans Ceremonial Unit.

William David Reece, the son of David and Margaret (Law) Reece, was born September 8, 1942 at Iowa Falls, Iowa.  He attended Iowa Falls Community Schools graduating from high school in 1960.  As a youth, he was active in the Boy Scouts of America and fondly recalled a Troop trip to Estes Park, Colorado.  He also worked with his brothers and father in the family construction business.  After high school, he followed in his father’s footsteps and served in the United States Navy.  Bill was united in marriage to Sharon Rastetter on October 26, 1962 in Buckeye, Iowa.  When first married, they lived in Spencer, Buckeye and Iowa Falls, and in 1968, settled in Duncan, Iowa.  He began working at Iowa Electric now known as Alliant Energy in 1964 retiring from the company in 2004.  Bill also worked alongside Sharon in managing the Duncan Community Hall for 25 years, retiring from that role in 1997. Bill had varied interests and enjoyed following the pursuits of his grandchildren and their activities.  He could always be counted on for road trips with family and friends.  Bill was an avid cribbage player and enjoyed numerous adventures with his friends but was never quite the same after his wife’s passing.