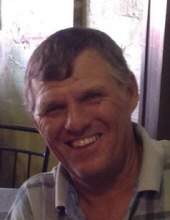 William Dean Anderson, known to most as Billy, had the most courageous smile and love of life. His passion for the outdoors and his friends and family was spectacular. He may have left us physically but will always be in our hearts. His family was by his side to let him go to his next journey of life on Friday, June 15, 2018 at the Mercy Medical Center – North Iowa in Mason City.

A birthday/memorial celebration will be held at 10:30 A.M., Saturday June 23, 2018 at the Immanuel Lutheran Church in Forest City with Pastor Bill Peters of Winnebago Lutheran Church officiating. The family requests casual/camouflage/Iowa Hawkeye attire.

Memorial contributions may be directed to the Billy Anderson memorial fund in care of the family.

William Dean Anderson was born June 23, 1953 in Forest City, the son of Frank and Marjorie (Benson) Anderson. He attended and graduated from Forest City High School in 1971. He attended Waldorf College before going to work for the United States Post Office, retiring 37 years later. After retiring Billy went on to work for the Rice Lake Golf & Country Club.

Billy was an avid outdoorsman who loved to hunt, fish, golf, bowl, and watch University of Iowa sports. He was known for his competitiveness and also for being a pro with duct tape.