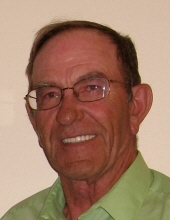 Visitation will be held from 4 to 6 P.M., Thursday at the Cataldo Funeral Chapel in Garner and will continue one hour prior to services at the church.

In lieu of flowers, memorials may be directed to Hospice of North Iowa.

William Carl Mayland, the son of Henry and Clara (Giesking) Mayland, was born June 8, 1945 in Titonka. He graduated from Titonka High School in 1963. After graduation Bill worked at Northwestern Bell Telephone Company until he was drafted into the U.S. Army. He served his country during Vietnam until his honorable discharge in September of 1967. Bill returned to Iowa and continued working for Northwestern Bell as a telephone repair technician. On December 2, 1967 he married Karen Beyer in Elmore, MN. They lived in several communities in north-central Iowa before settling on an acreage east of Klemme in 1981. In 2009, he retired from Qwest Communications. After retiring Bill helped Craig and Brent Weaver on their farm. Bill enjoyed watching his grandchildren’s activities, and traveling throughout the United States. He especially enjoyed family fishing trips to Canada at Viking Lodge.

He was a member of Redeemer Lutheran Church in Ventura, Garner VFW and CWA (Communication Workers of America).

He was preceded in death by his father; and a brother, Marlin.
To order memorial trees or send flowers to the family in memory of Bill Mayland, please visit our flower store.
Send a Sympathy Card