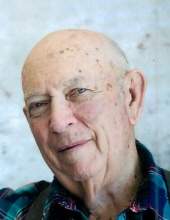 Burial will be at St. James Catholic Cemetery in Forest City with Veteran Honors performed by the Forest City American Legion; lunch will follow at the church in the hall.

Visitation will be held 4:00 to 7:00 P.M., Friday at the Cataldo Schott Funeral Chapel, 505 North Clark St., Forest City with a Scriptural Wake Service held at 4:00 P.M. Visitation will also continue one hour prior to the service at the church on Saturday.

In lieu of flowers, memorials may be directed to the Caroll Herndon memorial fund in care of the family.

Caroll Lee Herndon was born May 29, 1932, the eldest son of George and Lemma (Rhoads) Herndon, he was born in his grandparent’s home in Putnam County, Missouri. He grew up in a farming family which led to a lifelong love of the land.

Caroll came from a long family of patriots, dating back to pre-revolutionary America. He proudly served his country through two tours of duty with the Air Force. His assignments took him to numerous bases across the United States as well as Morocco and Greenland. The tele-communications skills he learned in the Air Force led a lifelong career with General Telephone.

Caroll married his high school sweetheart, Marie Zweibohmer, in 1954. Following his discharge from the Air Force, they established the Forest City area as their home in 1960 which is where they raised their family.

Caroll’s commitment to justice for all led to leadership roles with the CWA and active participation in the political process. Lively discussions of the latest world events over coffee were a favorite pastime.

As a hobby farmer before it was popular, small herds of sheep or cattle, a bountiful garden and gorgeous flowers were the fruits of his labor. Following his retirement, he served as a volunteer with Pheasants Forever, promoting the re-building of native Iowa habitat. He was committed to passing on stewardship of our natural resources and a love of nature through Pheasants Forever programs for young people.

His was an outgoing spirit. He was adventurous, engaging and never without a joke or a story to share. One of his greatest sources of pride and joy was his three generations of offspring.
Caroll was preceded in death by his parents, George and Lemma Herndon.

The family wants to express their sincere thanks to the many who played an important role in providing guidance and kindness during Caroll’s last days and months, including Nirmal Bastola MD, Forest Plaza and Good Samaritan Center.
To send flowers to the family in memory of Caroll Lee Herndon, please visit our flower store.