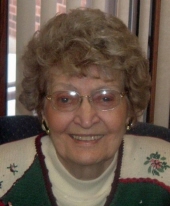 Burial will be in Graceland Cemetery in Buffalo Center.

Visitation will be from noon to 1:30 PM, Saturday, July 27 at United Methodist Church in Buffalo Center.

Clarine Opal Jacobson was born June 19th, 1923 - 2nd child of Carl and Minnie Jacobson of Rake, Iowa. Clarine was baptized July 22, 1923 in the Lincoln Congregation with sponsors of Mrs. Dorthea Jokobson,, Miss Jenetta Quam, John Jakobson, and Lester Kallestad with O.W. Vereide Pastor. Attending Lincoln School #1 just ½ mile north of her home farm was a delight as she excelled in spelling and won the 4th grade spelling bee at the county contest. Her school was made of brick with a coal furnace in the basement and a fun creek nearby for ice skating in the winter. Clarine graduated from Rake High School in 1941 with a class of 18, working on the farm milking 14 cows, doing the wash, and taking care of her mom who had cancer & passed from this world at age 59.

Clarine met Jack Steinberg, her future husband, at a basket social where Jack purchased her basket - they were married October 21, 1944 at Zion Lutheran Church in Rake.. They lived and farmed on the Steinberg home farm 1 mile east of Buffalo Center until 1992 when they moved into Buffalo Center. They celebrated their 50th Wedding Anniversary in 1994 with Bluegrass music on the farm. Clarine worked in the Post Office in Rake before marriage, then at the Timely Mission Nursing home in Buffalo Center and as a Home Health Aide. Mom assisted on the farm with milking the Brown Swiss and Holstein cows, raising the calves, farrowing litters of swine, and gathering eggs. Mom loved driving the tractors in the fields and watching deer in the headlights.

Mom enjoyed many church activities including Circle, UMW, and Homebuilders with other couples. Mom faced near death several times from a bleeding ulcer in the 1960's, learning that life can be short and wishing to live life with a daily smile.

Mom and Dad enjoyed vacations to the New London Minnesota area as well as DeKalb Seed trips to fun locations. Many winters were enjoyed in Mission Texas at Fiesta Village making friends from near and afar. Dad left this earth in 2001 and Mom moved to Stoney Brook Village Assisted Living in West Union in 2010 and had great times at the card table and touring beautiful NE Iowa.

Mom and Dad hosted many foreign visitors on the farm through 4-H, ISU, and Heifer Project - their door and their hearts were always open to visitors.

To order memorial trees or send flowers to the family in memory of Clarine O. Steinberg, please visit our flower store.
Send a Sympathy Card