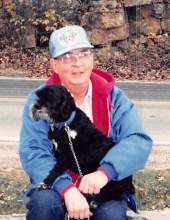 Private graveside services will be held at a later date. A gathering of family and friends will be held from 3 to 6:30 P.M., Saturday, February 9, 2019 at the Garner Public Library Community Room. Cataldo Funeral Home in Garner is in charge of arrangements.

Dale Luverne Slagle, the son of Harold and Edna (Womack) Slagle, was born July 20, 1935 at Neillsville, Wisconsin. He grew up in Callender, Iowa where he graduated from high school in 1956. Dale served his country in the U.S. Marines during the Korean War. Upon his honorable discharge, he returned to Iowa. On August 1, 1963 he married Ruth Frisbie at Sioux Falls, SD. They lived in Garner for most of their married life. Dale was employed as a mechanic in the north Iowa area working at Howie Implement, Massey Ferguson, Iowa Mold Tool and Winnebago until his retirement. In his retirement, he drove the special education school bus for Garner-Hayfield Community Schools. No one was a stranger to Dale. He loved people and would talk to anyone. He enjoyed carpentry work, gardening and listening to country music.

He was preceded in death by his parents; two children in infancy, Douglas and Dawn Slagle; and a sister, Norma Barkaus. .
To order memorial trees or send flowers to the family in memory of Dale L. Slagle, please visit our flower store.