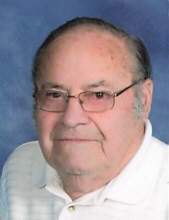 Funeral services will be held at 10:30 a.m., Wednesday, March 9, 2022, at the United Methodist Church in Garner with Pastor Dave Peterson officiating. Burial will be at Concord Township Cemetery with military rites by the Garner Veterans Ceremonial Unit.

Visitation will be held from 5 to 7 p.m., Tuesday at Cataldo Funeral Chapel, 160 E. 4th St., Garner and will resume one hour prior to services at the church.

Daniel Sylvan Davis, the sixth of eight children of Daniel and Margaret (Lindley) Davis, was born June 30, 1932, in Sibley, Iowa. Dan’s dad passed away in May of 1940 when Dan was seven years old. The lives of his family were forever changed. Dan eventually would go as a young boy to live with neighbors to work on their farms. In 1950, at the age of 17, he enlisted in the U.S. Air Force. He was an aircraft mechanic and advanced to the rank of Staff Sergeant. After his honorable discharge, he attended a technical college in Chicago to learn the trade of fixing one of the newest inventions, television. During a break from school, while at home, he met the love of his life, Arlene Ringler. They were married on July 15, 1956, at the United Methodist Church in Montgomery, Iowa. They would go on to celebrate 65 years of marriage. In 1963, they settled in Garner to raise their family and live the life they loved. Dan opened his TV business “Davis Radio and TV” on November 1, 1963. He was an entrepreneur and also had many other ventures. Dan believed in education and was proud to have all of his children graduate with college degrees. Upon retirement, Dan and Arlene loved spending time with family and could be seen frequently on the golf course. They also wintered in Texas for many years.

He was a member of the Garner United Methodist Church and the Gifford Olson American Legion Post 256 in Garner.

To send flowers to the family in memory of Daniel S. Davis, please visit our flower store.