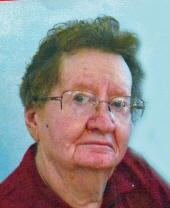 Funeral services will be held 10:30 A.M., Wednesday, August 28th at St. John's Lutheran Church east of Garner with Rev. Carl Hedberg officiating. Burial will be in the church cemetery.

Visitation will be held from 4 to 6 P.M., Tuesday at the Cataldo Funeral Chapel, 160 E. 4th St., Garner and will continue one hour prior to services at the church.

Darlene Adel Bohn, the daughter of Fred and Alvina (Kragel) Burmester, was born February 10, 1926 at Hampton. She graduated from Hampton High School in 1944. Darlene continued her education at Hamilton Business College and after graduation worked at a bank in Mason City. On November 25, 1951 she was married to Milton Bohn at Trinity Lutheran Church in Hampton. They lived on a farm northwest of Ventura where they raised their two children. Darlene worked for many years at the Chuck Wagon Cafe in Forest City. After Milton passed away in 1988, she continued to live on the farm. Darlene later moved into Ventura. She enjoyed spending time with her grandchildren, gardening, listening to music, playing the organ and piano, playing cards and reading cooking books.

She was a member of St. John's Lutheran Church where she belonged to the Ladies Aid and was a Sunday school teacher for many years.

She was preceded in death by her parents; husband, Milton; and brother, Harold Burmester.
To order memorial trees or send flowers to the family in memory of Darlene Adel Bohn, please visit our flower store.
Send a Sympathy Card