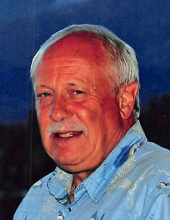 A funeral service will be held 10:30 A.M., Friday, May 24th at St. Paul Lutheran Church in Garner with Rev. Scott Kozisek officiating. Inurnment will be held at Crown Hill Cemetery in Ruthven.

Visitation will be held from 5 to 8 P.M., Thursday at Cataldo Funeral Home, 160 E. 4th St., in Garner and will resume one hour prior to services at the church.

In lieu of flowers, memorials may be directed to MercyOne Hospice of North Iowa.

Darrell Verle Goff, the son of Marvin and LaVonne (Wichman) Goff, was born June 23, 1951 in Emmetsburg, IA. He grew up in Ruthven and graduated from Ruthven-Ayrshire High School in 1969. He continued his education at Westmar College in LeMars where he received a bachelor’s degree in mathematics. Darrell taught math and coached basketball and baseball at Meservey-Thornton High School. On June 6, 1976, he married Pamela Schoneman in Thornton, and to this union two daughters were born: Sara and Abbey. Darrell lived in Garner and worked at Hancock County REC, now Prairie Energy, as an accountant. He retired from Prairie Energy in 2014 as Executive Vice President General Manager. After retiring, he volunteered his time delivering Meals on Wheels, attending Hospice events, and visiting Hospice patients around North Iowa. He loved his time spent with older generations. He enjoyed nature drives, monster cookies, strawberry cheesequake blizzards and listening to music. Darrell also enjoyed watching and playing baseball, visits to the mountains, the gun shop in Hayfield, hunting, fishing and trapping with special friends and his brothers. Above all, he enjoyed spending time with his daughters and grandchildren. They were the most important people in his life. He was so proud of them and the bond the three of them maintained. Darrell would be telling us all, "Forever Forward." LYMTPB

He was a member of St. Paul Lutheran Church where he served on the finance and foundation committees

He was preceded in death by his parents; a sister, Marilyn Kappler; and his daughters’ grandparents, Marion and Polly Schoneman, whom he loved and cared for.
To order memorial trees or send flowers to the family in memory of Darrell V. Goff, please visit our flower store.
Send a Sympathy Card