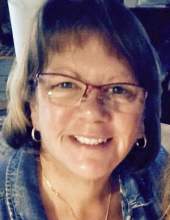 A funeral service will be held 1:30 P.M., Saturday, January 23, 2021 at Cataldo Funeral Chapel, 160 E. 4th St., Garner with Rev. David Wagner officiating. Cremation will follow the service with burial at a later date in the Conrad, IA Cemetery. A gathering of family and friends will be held immediately following the service at Mat’s Place in Garner.

Visitation will be held one hour prior to services at the funeral chapel. Memorials and cards may be directed to her daughter, Amanda Winters at 1531 N. Pennsylvania Avenue, Mason City, IA 50401.

Dawn Renee McLean, the daughter of Donald and Barbara (Small) McLean, was born December 27, 1959 in Marshalltown, IA. She graduated from Beaman-Conrad-Liscomb High School in 1978 and continued her education at Ellsworth College in Iowa Falls, IA where she received her associate’s degree in human services. She later went on to continue her education by graduating from Buena Vista University in Elementary Education. Dawn lived in Garner, IA and worked at Opportunity Village (One Vision) in Clear Lake, IA. On June 26, 1993 she was married to Terry Winters in Clear Lake, IA. To this union a daughter, Amanda was born. She worked at Perkins in Clear Lake, IA for several years. Dawn worked at Subway in Garner for 15 years as a store manager. Dawn loved working at Subway seeing her regulars and working with her staff. Each of whom became her family and she loved like her own. On September 22, 2006 she was married to Jim Fiedler. Prior to retirement, Dawn spent her time serving underprivileged youths as a cook. She loved being able to share her experience, knowledge, and love of cooking to her clients. Most recently, Dawn had been living with her daughter Amanda in Mason City, IA. She enjoyed spending time with her family and her grandkids watching them play and grow. Dawn was an official member of the Card Sharks – a card group consisting of her old Subway employees. She loved cooking, baking, camping, and spending time outside tending her many plants and bird watching. Dawn was a shining light in everyone’s life that she met. She was never without a smile or kind words to say.


She was preceded in death by her parents.
To send flowers to the family in memory of Dawn R. McLean, please visit our flower store.