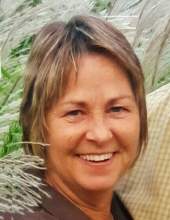 A memorial service will be held 10:30 A.M., Monday, November 20th at the United Methodist Church in Garner with Rev. Paul Evans officiating. A private burial of cremains will be held at Crystal Township Cemetery in Crystal Lake.

In lieu of flowers, memorials may be directed to the Debra Bellinghausen Memorial Fund.
Debra Kay Bellinghausen, the daughter of Dyle and Tressie (Johnston) Morrison, was born May 12, 1951 at Sigourney, Iowa. She grew up on a farm near South English, Iowa and graduated from English Valley High School in 1969. Deb continued her education at Iowa State University in Ames. While attending college, she worked at the ISU Library, Catalog Department as a secretary. In 1970, she was married to Steve Strom. They made their home in Garner where they raised their three children. Deb worked at the Garner Leader in various positions including photographer and editor. She began working in the Hancock County Auditor’s Office in 1986 as payroll clerk and later as Auditor serving from 1997 until her retirement. On April 26, 1997, she was married to Jerry Bellinghausen at the United Methodist Church in Garner. They lived on a farm north of Britt. She enjoyed her family, gardening, quilting, dancing, bowling and bird watching.

She was a member of Beta Sigma Phi Sorority – Alpha Beta Chapter in Garner where she had served as secretary and president.

She was preceded in death by her parents; and a brother, Don Morrison.
To order memorial trees or send flowers to the family in memory of Debra K. Bellinghausen, please visit our flower store.