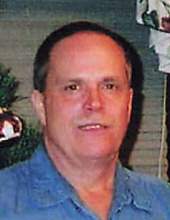 Memorial services will be held at a later date in the spring.

Dennis Gregory McCabe, the son of Maurice and Maxine (Leeck) McCabe, was born October 6, 1951 in Fort Dodge. The family lived on an acreage near Barnum until 1956 when they moved to Garner. Dennis graduated from Garner-Hayfield High School in 1969 where he was active in sports including long distance running. He attended the University of Iowa on a track scholarship. After college, he moved to Davenport and was employed for the City of Davenport. He later worked at John Deere in Rock Island, IL as a machinist. He was an avid Iowa Hawkeye fan.