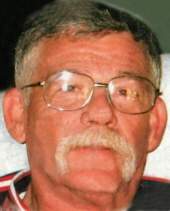 A memorial visitation will be held from 2 to 4 P.M., Sunday, March 2nd at the Cataldo Funeral Chapel, 160 E. 4th St., in Garner with a prayer service to follow by Rev. Carl Hedberg. Burial was at Bellwood Memorial Cemetery in Temple, Texas.

Dennis Harley Rockow, the son of Harley and Elsie (Ryan) Rockow, was born December 5, 1949 at Webster City. He was baptized at Vernon Lutheran Church in Dows in January of 1950. Dennis attended school at Ellsworth and graduated from Garner-Hayfield High School in 1968. He continued his education at NIACC for a year prior to being drafted in the U.S. Army in 1969. Dennis served his country in the Vietnam War and was honorably discharged in 1971. He was married to Rosemary Roenfanz in 1972 and to this union three children were born, Eric, Jennifer and Charlie. Dennis farmed, drove truck and worked at Winnebago Industries. In 1989, he was transferred to Winnebago RV Center in Temple, TX. In 1991, he married Kathy Gill and they raised their children together. He retired from Kalyn-Sievert in May of 2012. Dennis and Kathy enjoyed years of camping trips, fishing and good old westerns. Dennis' friendly, out-going personality and knack for story-telling produced many long term friendships.

He was a member of American Legion Post 42 in Gatesville, TX.

He was preceded in death by his parents, Harley and Elsie Rockow.

To send flowers to the family in memory of Dennis Harley Rockow, please visit our flower store.