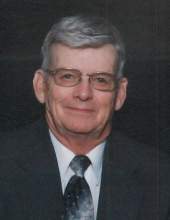 Donald L. Severson, 86 of Joice died Friday, February 15, 2019 at the IOOF Home in Mason City surrounded by his family.

In lieu of flowers, memorials may be directed to Bethany Lutheran Church in Joice or Hospice of North Iowa.

Donald Severson was born May 5, 1932 to Louis and Laura (Midtgaard) Severson on a farm north of Fertile. He was baptized and confirmed at Fertile Lutheran Church. He graduated from Fertile High School in 1950 and then continued to work on the family farm.

He was united in marriage to Marilyn Hepperly at Fertile Lutheran Church on September 27th, 1953. A celebration of 65 years was held in September 2018, with family.
Don loved the farm and liked to travel. He also served on various boards through the years including the Forest City School Board for 19 years. In addition, he was president of the school board for 12 years from 1982-1994. In 1999 he was elected to the Forest City School Hall of Fame. Later in his career he worked at Coop Services out of Lake Mills and eventually Basic Material in Fertile. He served on church council and enjoyed yard and wood work.

Don was preceded in death by his parents, Louis and Laura Severson; a sister, Elaine (Howard) Patten; mother and father-in-law, Louis and Eleanor Hepperly and a brother-in-law, Jerry Hepperly.
To order memorial trees or send flowers to the family in memory of Donald L Severson, please visit our flower store.