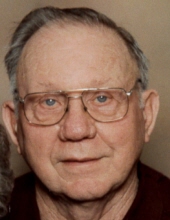 Memorial services will be held at 10:30 A.M., Saturday, July 9, 2016 at Immanuel Lutheran Church in Forest City with the Rev. Rod Hopp officiating.

A gathering of family and friends will be one hour prior to the services at the church. Private family inurnment will be held at a later date in George, Iowa.

The family requests that in lieu of flowers, memorials may be directed to Immanuel Lutheran Church.

Duane Harold Thoelke was born the fifth child of Henry Herman Thoelke and Grace (Boekholder) Thoelke on June 8, 1926. His family moved to George, IA when he was in elementary school. He completed his schooling in George and enlisted in the U.S. Navy in 1944, during World War II, and served as Electrician’s Mate, third class, on Guam. After separation with the navy in 1946, he went to electrical school in Chicago.
After his return to George, Duane married Margery Rossow on July 2, 1950. They had two daughters, Elisabeth (Channing) Grimsbo and Jane Thoelke, who died shortly after birth.

Duane held various jobs in George. He ran the White Shop Restaurant with his wife, Marge, for 8 years, repaired televisions and did electrical work. In 1966, the family moved to Forest City, Iowa where Duane was an electrician for Winnebago Industries until his retirement in 1990.

Duane was an active member of his church serving in various roles over the years especially helping with property. He continued to use his electrical skills in retirement through Habitat for Humanity and helping out family and friends. He enjoyed playing cards, golfing, fishing, woodworking and spending time with his family and in his later years, his granddaughter, Lydia. Duane was a generous, loving and patient father and will be greatly missed.

Duane is survived by his daughter, Elisabeth, son-in-law, Channing and grandchild, Lydia. He is also survived by nieces and nephews and their families.