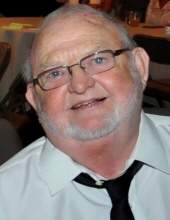 Inurnment of the cremains will be held at a later date at Riverside Cemetery in Charles City, Iowa.

In lieu of flowers, memorials may be directed to the Ed Putney memorial fund in care of the family, a scholarship will be established for future graduates.

Edward Michael Putney was born on September 1, 1950 in Charles City, Iowa to Hiram and Edna (Griffin) Putney; he was named after his maternal grandfather Edward Michael Griffin. Went to Immaculate Conception School through the 11th grade. The school closed, so Ed graduated from Charles City High School in 1969. While in high school he played baseball and basketball, while in high school he worked at Smith Nursery. He attended NIACC for about a year. Ed started working at Winnebago Industries on November 8, 1971. Ed lived in Garner, Mason City, and then moved to FC 1979. Ed and Linda got married October 28, 1989, to this union three children were born, Emily, Justin and Tyler. He played slow pitch softball and bowled on a league in Forest City for many years.

A memorable moment for Ed is he survived the Charles City tornado of 1968 sitting on the basement steps of his brother HiJoe and Judy’s house with their children Andrea, Brian, Colleen and Darin. His mother’s car that Ed had driven was damaged by a telephone pole. His 1957 Chevy was still parked in the garage at his home.
He enjoyed the trip with his brother LeRoy, his children Stacey and Jason on a vacation to South Dakota.

Ed was very involved in Boy Scouts with both his sons - even sleeping on the turf of the UNI dorm for a scouting event when the boys were young.
He enjoyed a memorable trip to Hawaii to watch Justin play football for UNI which was also Ed and Linda’s 25th anniversary trip.

He enjoyed camping with his family. He loved watching Justin and Tyler play football at UNI and was a constant figure at all his children’s sporting events. A huge fan of the Green Bay Packers and the UNI Panthers

He was preceded in death by his parents, Hiram and Edna; brothers, Richard, Alfred, LeRoy and sister, Ruth (Robert) Lyman; sister-in law, Dorothy (Richard) Putney and brother in law, Bob (Ruth) Lyman.
To order memorial trees or send flowers to the family in memory of Edward Michael Putney, please visit our flower store.