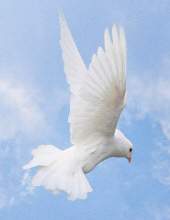 According to her wishes, her body was cremated, and no public services will be held. A private family ceremony will take place at Concord Township Cemetery in Garner at a later date.

Eleanor Dean Brozik, the daughter of Clinton and Josephine (Haskell) Irving was born April 7, 1917 in Winnebago, Illinois. She attended country grade school and Garner High School graduating in 1934. On November 16, 1935, she married Edward H. Brozik at Mason City. In 1955 the couple established what became the Garner Appliance store which they operated until retiring in 1980. She enjoyed crocheting, knitting, and all crafts. Eleanor and Ed enjoyed camping, traveling, and square dancing. She loved all animals and adopted many strays that people brought to her.

She was a lifelong member of the United Presbyterian Church in Garner.

Eleanor was preceded in death by her parents; husband, Edward on September 1, 1997; a sister, Myrtle Casperson Zwald; a brother, Herbert Irving and two sons-in-law, Clarence Torkelson and Larry Cutshall.
To order memorial trees or send flowers to the family in memory of Eleanor D. Brozik, please visit our flower store.