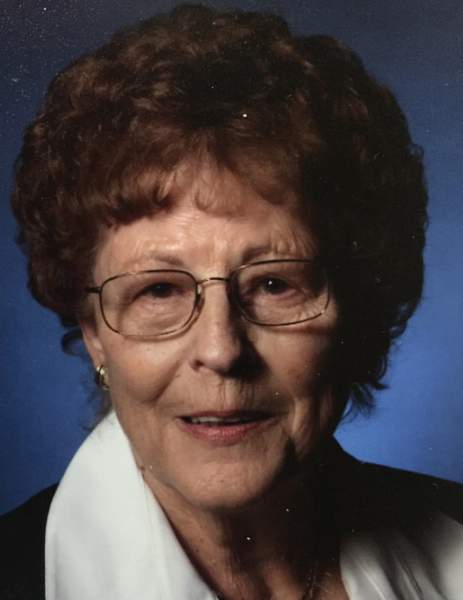 A Celebration of Life service will be held following visitation at 7:00 in the chapel.
Inurnment of cremains will be held at a later date.

Elsie was born March 10, 1938 in Forest City, Iowa, the daughter of Leo and Ingrid (Olson) Miles. Elsie was 100 percent Norwegian and loved her Norwegian heritage, as was displayed in her homes.

Elsie married Dean Mechem in September 1975. They farmed north of Thompson and Elsie was a Mental Health Advocate in North Iowa for 30 years, retiring at age 70. Elsie was instrumental in pioneering the care and awareness for those who did not have a voice, the mentally ill. Elsie was a contributing member on the Mental Health Center Board of North Iowa for over 15 years. She was honored with Advocate of the Year upon retirement. Driving Elsie’s passion for advocacy was her love for her son, Erick Hanson, who was severely mentally ill. Erick passed away in 1986. After retiring from farming, Dean & Elsie delivered Winnebago motorhomes to dealers across the country for 25 years.

Elsie & Dean fell in love with Sun City, Arizona, and purchased a second home there in 1990, affectionately called “the pink house” by grandson Willie. Through the years all family members enjoyed many good times at the pink house.

Elsie and Dean embraced the members of the Lakeview United Methodist Church in Sun City, where Elsie met many wonderful friends. She was active in the Stephens Ministry and once a month she planned the Wednesday noon meal which she loved serving with her group of volunteers. Everyone enjoyed Elsie’s meals and embraced her in friendship and Christian care.

Elsie & Dean took pride in the Saguaro Cactus they planted in their backyard in earlier years. The cactus has grown strong and tall and is lovingly called “Erick’s Cactus” in his honor.